I can’t even with these pants.

The pattern is the Banyan Pants by Figgys. I’ve had this pattern in my stash FOREVER and I can’t even believe I’ve only now sewn it up. I guess it is because I was a little afraid of sewing pants, but now I’m on a total pant kick! It has these wonderful pleats in the front, which make me think of those hilarious pants of my childhood, the Z Cavariccis! I was a tad too young to actually own a pair, but my sister had some and she was basically my idol, so these pants are kind of iconic for me lol.

This amazing fabric was procured at Bunny’s Designs during the Austin fabric shop hop. This store is uh-mazing! So many Japanese fabrics! I can’t help but to go crazy when I’m in there! When I saw this particular stuff, these Banyan pants for Quinn were EXACTLY what came to mind, so I had to snatch some up. The animals. SO CUTE. I’m sorry, I actually cut out the selvage to save it and write down what it was here, but that scrap has gone missing. I even dug through the garbage. Not there. I’m going to blame this on the kiddos running amok here.

I’ll admit, I kind of screwed up while doing the fly. But I also didn’t really care to unpick and start again. Can you see there has been a theme in my sewing lately? My goal is to sew, NOT to sew perfectly, ha! So now there is an exposed zip fly. Which totally is okay because now you can see the adorable teal zipper I used! It was a design flaw that works for me :D I top stitched using some thread that almost matches the zipper perfectly for fun. Also, woah, looking at these pics makes the waistband look curly and weird too.. I think it is that way because I sewed up the size 2/3, thinking this kid will be 2 in just a few months and I wanted him to be able to wear them next winter too. HOLY MOLY they are so big on him, HA!!! There are about 5 inches of room to grow in the legs and the waist is super big too. Good thing I added a little modification to the pattern!

It didn’t call for it, but I decided to add some buttons and button holed elastic (I just cut holes into some regular stuff I already had) to the back of the waist so I could cinch it up to fit him for a long time, letting it out as he grows. A super simple pant hack. OH and check out that awesome button I had, another from my antique button haul I got at Uncommon Objects.

Check that out. Already stained. LOL! Jake even said to me as I was making these “REALLY? White pants for Quinn?? Those will get messed up fast!” Looks like he was correct. I probably should have taken pics BEFORE I let him wear these all day. I’m pretty sure pizza sauce got on his tush .5 seconds after I put these on him. OH well. There are nice little cuffs on the pattern that you can’t see right now while Quinn is wearing them because I have to roll them up a crazy bunch for him not to trip over himself. Maybe by next year he’ll be able to wear these unrolled and we can actually see the cute design element. 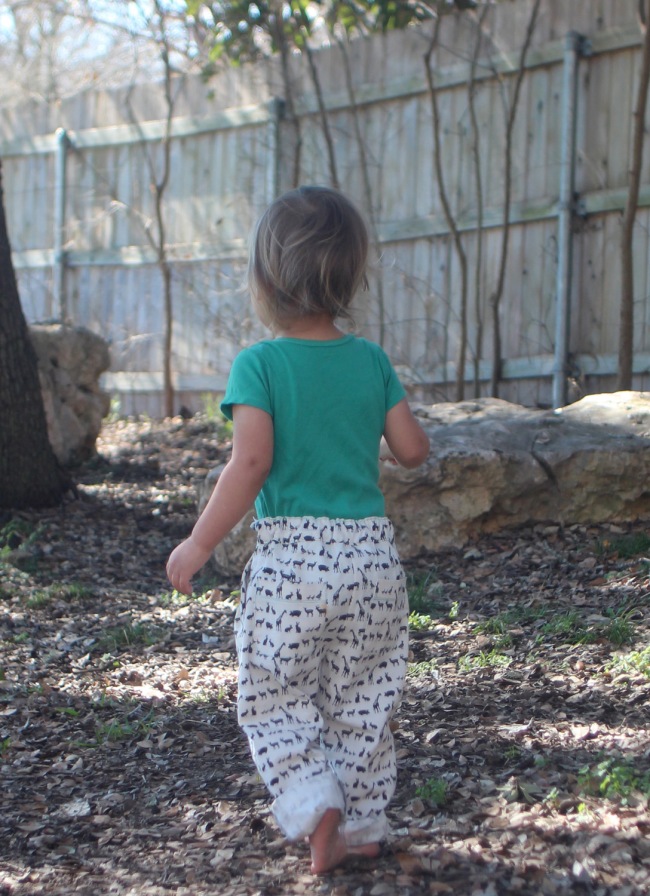 I realize these pants are SUPER busy, I need to make Quinn some simple shirts now! It was actually hard to find a shirt to wear with them that didn’t look RIDICULOUS. Why, oh why do I love patterned fabric so much? Plain can just be SO BORING though!

There really isn’t much to say about the construction of these pants, they are pretty straight forward and simple to make. Even the zipper was a pretty cool way of doing it, but a word to the wise, learn from me: read all the directions BEFORE you start sewing ;) 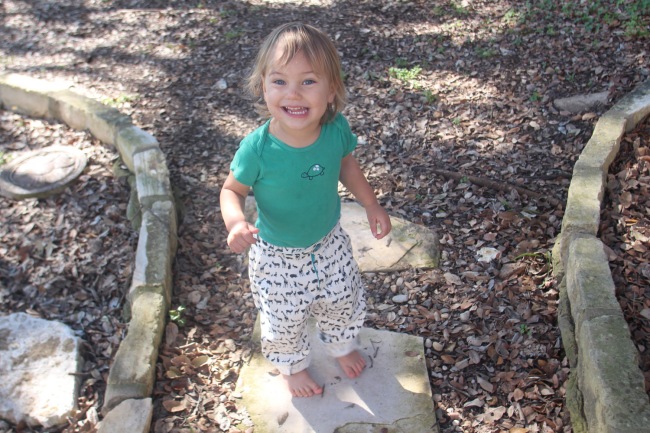 Quinn is turing into a hilarious little model, it used to be hard (and fun) to take little action shots of him running around in the clothes I make, just capturing what he is doing in life.. Now he just stops and stands in front of the camera saying “CHEESE! CHEESE! CHEESE! CHEESE!” I have NO idea where he learned that, I’m sure I’ve never said “Say cheese!” Crazy! What a little nut ball <3

2 thoughts on “Banyan Pants to Melt For”